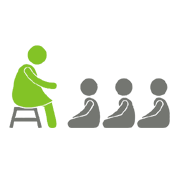 Our company objective is to GIVE LIFE TO GOOD STORIES.

Our scriptwriters are very experienced. They have been working on projects with several TYPES OF MUSEUM: art museums, historical, sacred, military, science, biographical, territorial, thematic, and so on. 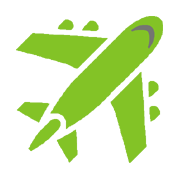 We are currently the EXCLUSIVE DISTRIBUTOR in Brazil of FRENCH AUDIOGUIDES (ORPHEO), KOREAN INTERCOMS (BICOM) and CANADIAN PA SYSTEMS (READY2TALK).

LEARN MORE about our partners. 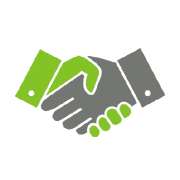 Another good option is the REVENUE SHARING format, in which we provide equipment through a Free-lease Agreement or Loan Contract and share the revenue on the rental of the audioguides on site. The content production costs (audio and video) must be agreed previously between both parts. This option is valid for high visitation exhibitions. 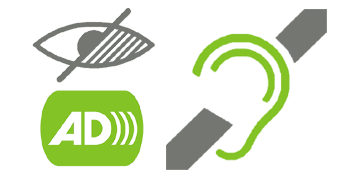 Audioguided visits that use AUDIODESCRIPTION and videos in SIGN LANGUAGE allow VISUALLY IMPAIRED and DEAF PEOPLE to better enjoy their visits to Cultural Exhibitions and Tourist Attractions.

CLICK HERE to listen and watch some accessible productions. 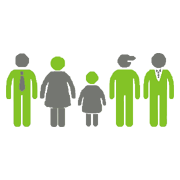 COMMUNICATING WITH YOUR TARGET AUDIENCE

Our scripts are usually planned to reach a wide variety of audiences, with DIFFERENT AGES, GENDERS AND DEGREE OF EDUCATION. However, we also develop SPECIAL SCRIPTS for specific audiences, such as CHILDREN, in which junior speakers talk directly to the kids.

Click the link below and listen to one of the audio tracks we have created for the kids at São Miguel Arcanjo Historical Site, in Brazil. 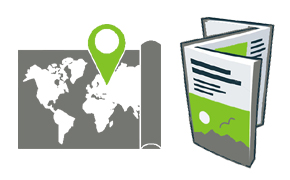 We design MAPS, FOLDERS, APP ICONS, FLOOR PLANS and FULL PHOTOGRAPHIC DOCUMENTATION for our customers’ projects. However, these activities are conditioned to the acquisition of our audio/video/APP productions. Not sold separately.

See some of the artworks we have created. 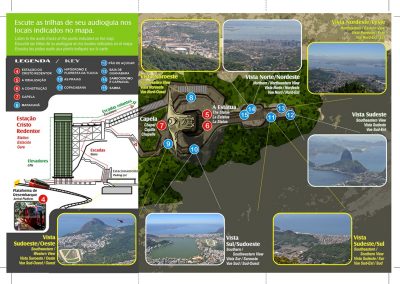 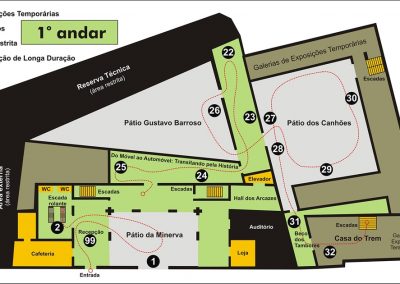 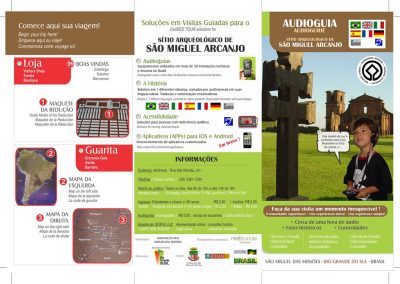 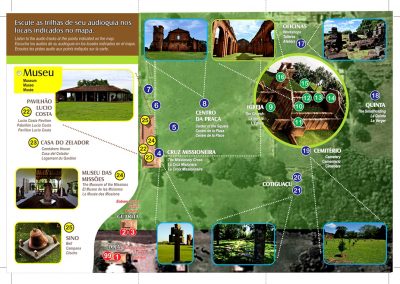 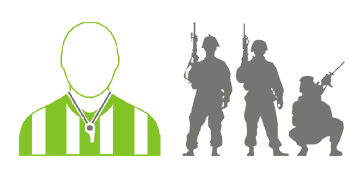 We are the exclusive sales representative in Brazil for the SOUTH KOREAN company BI-COM.

EZTOK WIRELESS INTERCOMS operate full duplex communication. There is no need to use push-to-talk (PTT) buttons. The communication is agile and prevents risks. CIVIL CONSTRUCTION, SURVEILLANCE, AND MINING SECTORS are great beneficiaries. The results are excellent for BUSINESS TRAINING, HIGH PERFORMANCE ATHLETES, communication at SURGICAL CENTERS and among SPORTS REFEREES. The devices are paired and the communication is encrypted, preventing access to people outside the group.

Get to know BICOM equipment options. 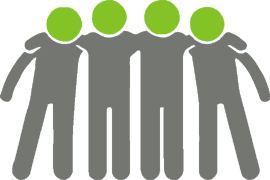 In general terms, there is no need for third party participation to get our projects completed and fully implemented.

CLICK HERE TO FIND OUT WHAT OUR CUSTOMERS SAY ABOUT US

NEOCULTURA is responsible for repairing most of the distributed hardware. It makes for faster repairs, avoiding long delays when manufacturers are involved. However, some repairs must still be done abroad.

MORE THEN 10 YEARS OF INNOVATIVE SOLUTIONS

Since 2006, we have been constantly searching for innovative solutions for CULTURE, TOURISM and SPORTS. We are PIONEERS in AUDIOGUIDE SERVICES IN BRAZIL, having started in 2007.

MUSEUMS and TOURIST ATTRACTIONS are our passion. And SPORT has been establishing its place.

Do you have a partnership proposal, or any innovative idea? Talk to us. We are motivated by challenges. 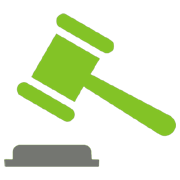 Our company is experienced in the SUPPLY OF PRODUCTS AND SERVICES FOR THE PUBLIC SECTOR in Brazil.

Properly registered in the Brazilian SICAF system, we handle all required documentation, ENABLING US TO PARTICIPATE IN BIDS AND AUCTIONS. We are also able to provide recognized Exclusivity Certificates for some of our products, favoring the unenforceability of bidding, as provided by Brazilian Law # 8.666 / 1993. 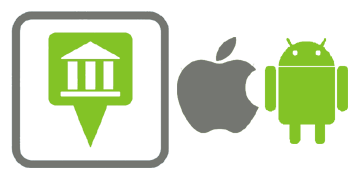 OUR OWN PLATFORM (APP) FOR OUR CUSTOMERS´ STORIES

Our APP MUSEUSBR offers high quality educational and cultural content, for museums and tourist spaces. Your institution will be side by side with institutions such as Museu Nacional in Rio de Janeiro, Museu PUC Minas, and the Christ, the Redeemer monument.

We also develop self-branded and exclusive APPS (ANDROID and IOS) for our customers. However, to reduce costs, they are offered in a standardized navigation format.

Install some of our APPs (ANDROID and IOS) and check them out: 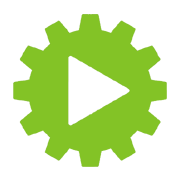 In addition to the traditional use of audioguides, in which the visitor selects the number he wishes to listen to, our devices can enable AUDIO AUTOMATIC TRIGGERING BY INFRARED, RF, BEACONS or GPS, based on the client´s requirements.

Lip sync between videos and audioguides is also available. The triggering can also be implemented by APPs through “Beacons”. Check out our walking tour solutions or internal tours for smartphones. 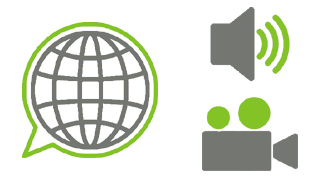 We have already produced cultural content in MORE THAN TEN LANGUAGES, attending to tourists from several nationalities, as well as VARIOUS INDIGENOUS PEOPLES…..

In addition to better known languages such as ENGLISH, SPANISH, PORTUGUESE, FRENCH, GERMAN and ITALIAN, we have already produced audio in the indigenous languages TIKUNA, YEKUANA, KAINGANG, KAIAPÓ, GUARANI and MARUBO.

We work with native translators in versed languages and we pay careful attention to technical and scientific terms. 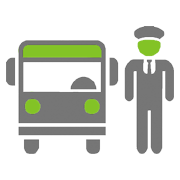 We provide varied solutions for tourist groups in vehicles such as buses, cars, trains, nautical vessels, among others. We prioritize solutions that use the vehicle’s own sound system in order to reduce the customer’s investment. Solutions are planned to fit the financial budget of each customer.

Ready2Talk equipment brings an auxiliary input to an existing sound system, and provides a microphone for emergency messages. 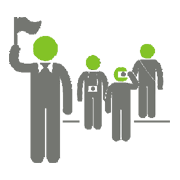 In addition to the BICOM full duplex intercoms, we provide ORPHEO radio communicators for group visits to business spaces, noisy places, factories and industries, or even events with simultaneous translation. Our wireless tour guide system is digital, reducing interference and noise during communication. High quality sound in multiple channels. 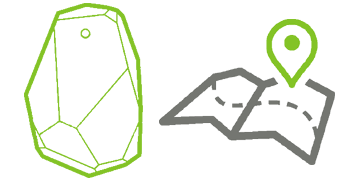 NEOCULTURA is the partner in Brazil of the BRITISH COMPANY SITUATE.IO to develop PROJECTS USING POSITIONING THROUGH GPS or BEACONS.

A low-cost solution for trade fairs, presenting exhibitors through a fast deployment APP.

Our NEOVENDOR SOLUTION seeks to reach LUXURY GOODS CLIENTS through a convincing explanation that entertains and makes the customer to choose our client’s product. 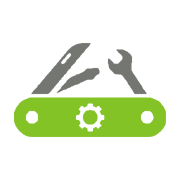 NEOCULTURA has already implemented solutions in a wide range of market sectors, such as religion, fashion, architecture, arts, sports, archaeology and science. Can we help you?